It goes without saying that international digital marketers face a plethora of challenges to overcome when entering new markets. Running effective advertising campaigns is one of them.

Each internet audience as well as the online media landscape will have their own peculiarities which, only when well understood, will enable you to put your ads in front of the right audience, in the right place, at the right time, and with the right message.

One area that keeps causing sleepless nights for international advertisers are linguistic differences and the way in which these differences greatly affect online communication styles and search patterns. My colleague Jens wrote a great blog post illustrating this notion using the specific example of German.

What I would like to focus on today are the Slavic languages and their impact on how Poles, Czechs, Russians, Ukrainians, Slovakians and many other Eastern European nations search online.

Since I am Polish myself, and a dedicated (most of the time!) Russian language student, the term “case nouns” is very familiar to me and a pretty easy idea to understand.

However, I completely understand that English natives, for example, can struggle with this concept due to the different structure of their own language and the beautiful simplicity of this widely spoken tongue.

Case nouns are used to describe the function of the noun in the sentence. Based on the way they work, each noun (such as people, names, places and things) could have several variations which will impact the way they are written and spoken.

Let’s take my own name as an example.

Depending on the context in which my name is used it could have up to 10 written variations, which then could be used in 14 different ways.

You could say “He is walking with Justyną” (On spaceruje z Justyną), but “He is talking about Justynie” (On rozmawia o Justynie). As you can see in the first example, we are describing with whom the person is walking, whereas the second example describes about whom the person is talking, which create the basis for changing the noun spelling.

How does all of this matter from a Yandex PPC match type perspective?

Yandex fully recognises that each noun can have several variations when it comes to the way it is written. When, for example, someone searches for a red car in the basic form of the noun – красный автомобиль – the search engine will return search results also using the other forms of that noun, for example автомобиля and автомобили (as in the example shown below). Based on that principle, all match types on Yandex were created in a manner that allows for a wider spectrum of looking into one word. The search engine will automatically assume that the advertiser wants for his/her ads to appear for all forms of each noun targeted.

If however, for whatever reason, our brave marketer is only interested in one particular version of the word, he or she could put an exclamation mark in front of the word when specifying their list of keywords in Yandex.Direct (the Yandex PPC platform). Example would be красный !автомобиль.

Since Yandex match types are a complex subject on its own and a very crucial aspect to understand before starting any campaign on Russia’s leading search engine, we have prepared a guide explaining each one of them in detail to help you effectively build your keywords list.

It is available as a free download through the following link: How Yandex deals with noun cases in Slavic languages.

Director of Learning and Development at Webcertain
Justyna is the Director of Learning and Development at Webcertain and Certified Yandex Expert & Master Trainer. She has over 5 years' experience in managing international and multilingual advertising campaigns from a variety of industries including B2B, e-commerce and non-profit sectors. She is the official Yandex Expert and Master trainer, who over the last 3 years has trained hundreds of marketing professionals from globally recognised brands such as Adidas, booking.com, SAP and Airbnb on how to run effective international campaigns. She has spoken at digital marketing conferences across the world and is a certified Yandex, Google AdWords and Bing PPC specialist. Justyna is originally from Poland and currently lives in the UK. 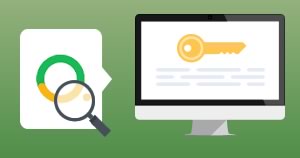 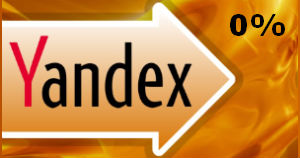 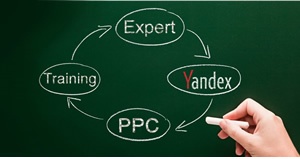