People in Sweden are still reporting that they’ve had problems with Gmail and that their email from the beginning of January still hasn’t been found. Google says its fixed and hasn’t been a problem after December 2006, but it seems like people are still reporting problems…
Google has also been accused of late responses to the people who where affected and they haven’t received any compensation for their lost emails.
This questions Google’s security and data gathering processes and some people are afraid that this can affect other services that Google provides.

One Response to Gmail – emails are still not found 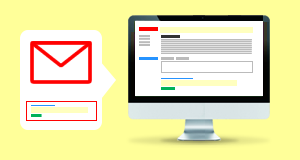