Google’s recent purchase of YouTube has caused quite a stir in the industry as Google moves from a search and adverstising company to a media company and that means Google’s YouTube won’t fly in China according to David Wolf at Silicon Hutong.

“A Web site that plays videos but is not a licensed broadcaster? That’s a no-go … A foreign Web site? Playing foreign videos? Or worse, self-produced videos from local Chinese? Even worse, owned by a foreign company with huge resources?… No, YouTube in its current form would set off way too many alarm bells around the capital for Google to even consider launching it in China.”

There are currently a few YouTube look alikes already in China such as 6rooms, Yoqoo, Tudou, Biku, UUSee. You can also bet that Baidu and Yahoo will be pulling out all the stops to make a move in China long before Kaifu Lee at Google can get this positioned. It may be too late for Google in Chinaby the time they clear all the hurdles.

One Response to How will Google's YouTube do in China? 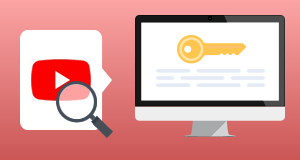 The most influential blogs in German, French and Italian
Eniro, Norway's largest search engine gets a new look.