Ireland came top in a recent table released by Eurostat measuring the proportion of turnover companies are making from online sales in different EU markets.

Online sales accounted for 37% of turnover for Irish companies, way ahead of the EU average of 17%.

Ireland also came top when looking at the percentage of businesses selling online, showing the high levels of online turnover is fairly well-distributed throughout Ireland, rather than being skewed by a small number of very high performing companies. 32% of Irish businesses sell online, compared to the EU average of 19%.

The country also performed better than average for cross-border e-commerce. 17% of Irish businesses reported selling to other EU countries, and 12% sold to outside the EU, compared to an EU average of 8% and 5% respectively.

EU wants citizens to have access to digital subscriptions abroad

The European Commission has announced that it wants to put an end to “geo-blocking” that stops customers from accessing online content when abroad.

Currently, if an EU citizen subscribes to a digital service, such as BBC iPlayer, they can only access this service in their country of residence. If they go abroad to another European country, they cannot access the content, despite having paid for it back in their home country.

The European Commission argues that this is unfair and has said in a press release that it “wants Europeans who buy or subscribe to films, sports broadcasts, music, e-books and games at home to be able to access them when they travel in other EU countries.”

To achieve this goal, it hopes to pass a “portability regulation” in 2016, with all digital service providers being required to stop geo-blocking in 2017.

A new online store has launched in Nigeria.

YesMall is aimed at small to medium sized businesses who do not have the technical knowledge of how to open an online store but want to tap into the rising popularity of e-commerce in the country.

Its mission statement on its website says that, “YesMall provides the technology, support, and access to consumers that businesses need to grow. YesMall does not merely provide a sales outlet but empowers small businesses with training and technology tools to improve efficiency and effectiveness.”

Nigeria sees around 300,000 online orders every day, and the e-commerce market in the country is worth an estimated 10 billion US dollars.

The Chinese online video market is set to see strong growth over the next few years, according to a study by iResearch.

Baidu’s online video platform iQiyi is predicted to benefit, with revenue generated from the platform set to rise at an annual growth rate of 39% to reach a staggering 14 billion US dollars by 2018. By that time, the video platform is expected to bring in 10% of Baidu’s total revenue.

The rise in online video consumption is expected to be driven by increased viewership from smartphones and tablets.

Mobile is most popular internet access point in Colombia

And finally, research by the World Wide Web Foundation has found that mobile phones are the main access point for internet users in Colombia.

64% of urban internet users in the country go online at last 5 days a week using their mobile phone, compared to just 33% who go online using a computer or tablet.

Colombia comes second in Latin America for the proportion of internet users going online via a mobile phone, with only Chile coming out with a higher percentage of mobile internet users.

Looking at mobile handset ownership, 69% of the Colombian population has a mobile phone. 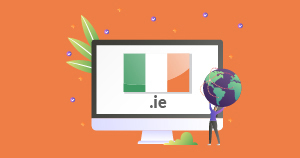 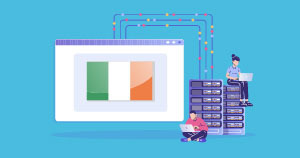 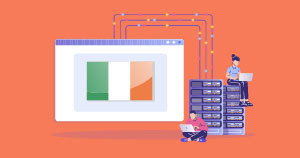