Even after mixi, gree, facebook and twitter, BBS sites are still popular in Japan. The biggest BBS site in Japan, “2ch” is where you can hear all the gossip about… just about everything you want to know.
There was a rumor back in late 2007 that the owner wanted to close the site. Instead, Hirouki Nishimura, owner of 2ch, has been exploring the deals to pass one of the most popular sites in Japan to another company.

On January 2, 2009, he has announced (quietly) that the 2ch has been acquired by Packet Monster Inc. on the FAQ section on the site by switching the answer to the question “Who is running the site?” to “2ch.net is managed and operated by PACKET MONSTER INC.”. Also, his name has been removed from the management information. It appears that Packet Monster Inc. is located in Singapore. 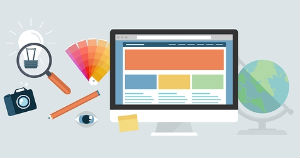