In my last post here on Multilingual Search I listed 10 brief takeaways from ISS Munich. At the summit, Senior Strategy Consultant at the GlobalWebIndex, Brett Petersen, presented some of the key findings from the company’s sixth wave of research into the global consumer adoption of the internet across 27 key markets. Their findings are based on 122K survey responses, making it the world’s most detailed on-going research project of its kind.

One of the insights shared by Brett was the fact that consumer expectations towards brands on social media seem to differ rather significantly between countries and regions, meaning that brands need to identify the social media characteristics of their audience and market before developing a global social strategy.

While the internet over the years has been hailed as this unifying force breaking down borders and cultural differences, the divergence in online usage patterns between regions and countries is becoming increasingly outspoken as the internet evolves, notes the GlobalWebIndex. This is indeed an interesting tendency worth keeping an eye on in the future.

So far, so good – now, let’s take a look at how user expectations actually vary between countries and regions.

Across all markets, users are most likely to expect interaction with a brand when liking them on a social network – a motivational factor being particularly important in Latin American and Asian countries. Interaction here encompasses areas such as customer service and general conversations with brand representatives. When moving beyond interactions, the differences in consumer expectations towards brands on social networks become rather prevalent (see image above). Users in most markets prefer receiving content over contributing actively themselves, however, it’s somewhat surprising that some of the so-called early adopters of social media like the UK, Australia and France prefer contributing over passively consuming content.

Regarding content, emerging Asian markets like Indonesia, China and The Philippines expect branded quality content to a higher degree than the average. Quality content, however, is very open to subjective interpretation and is something which most certainly varies between markets as well. Some rather universal social media content tips, though, revolve around providing exclusivity to your fans, such as giving them access to new products prior to official launch. Whatever you can come up with that provides exclusivity and serves your overall business purpose is likely to have a positive effect on your social media efforts, regardless of where in the world you’re located.

With the exception of China and to a little extent Indonesia, users across all markets are least likely to follow or like brand pages with the objective of sharing this brand engagement with their friends. This, however, is in contrast with research released today by eMarketer, suggesting that 22 percent of American Facebook users “like” a business/non-profit to demonstrate their support to others on the social network. eMarketer furthermore notes:

“A 2011 study from 8thBridge found that consumers most often “like” a retailer on Facebook because they purchased a product and liked it; they then used Facebook to provide a straightforward recommendation for friends to see.”

Fulfilment, referring to offering added value services to fans, such as having a social e-commerce shop integrated on the brand profile or allowing fans to track a product delivery, is very surprisingly (at least to me) less of a motivational factor than contributing to, for example, businesses’ product development processes through filling out questionnaires or just giving inputs to product improvements without even being encouraged to do so.

Well, in contrast or not, I can only applaud the great work they are doing at the GlobalWebIndex, because although we live in a globalised world, it seems that localised solutions are needed more than ever. 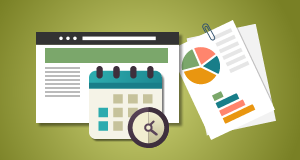