With well over a billion Catholics scattered across the world, few organisations, if any, cater to an audience as international as the Catholic Church. Much like corporations are struggling with recession in most developed countries and have to look towards emerging markets for growth opportunities, the Vatican is facing a recession of its own in the shape of rising secularism in the Western world while performing far better in developing and emerging markets.

What’s particularly concerning for the Church is that the latter trend is largely caused by its own inability to stay current and relevant in an ever changing Western society, especially among younger demographics whom for obvious reasons are very important targets to ensuring the prosperity of the Church over the long haul. On the other hand, however, this may also be consoling to the Vatican in that its faith is somewhat in its own hands.

The departure of Pope Benedict XVI next week therefore poses an important strategic question for the Vatican with regards to the subsequent election of his successor: Should it focus on expanding its already growing presence in South America, Africa and (some parts of) Asia, or should it rethink its approach to regain relevance and resonance among citizens in developed countries? Or both?

It’s an important consideration to include into the equation of appointing the next head of the Catholic Church. But while it’s possible to achieve both – further expand in undeveloped regions whilst revitalising its presence in the West – it requires greater flexibility and adaptability. And with all due respect, these are virtues not normally associated with the organisation in question.

Say, even if the higher-standing people within the Church hierarchy are willing to take new remedies, there’s an obvious constraint in loosening the rigidity of an organisation that has to please  1.1 billion stakeholders.

Therefore inevitably, the Vatican’s announcement late last year that the Pope would start posting messages on Twitter under the handle @Pontifex was met by substantial criticism from particularly the Church’s most firm believers. Nevertheless, “the Pope’s presence on Twitter is a visible expression of the conviction that the Church must be present in the digital world”, the Vatican said in a statement.

The Pope’s arrival on Twitter also demonstrated the Holy See’s awareness and acknowledgement of the crucial role translation plays in resonating with a global audience. While Latin remains the lingua franca of the Church, the Vatican further launched @Pontifex profiles in English, Spanish, Italian, French, German, Portuguese, Polish and Arabic. Combined, these nine languages reach approximately 900 million of the world’s 1.1 billion Catholics, estimates The Economist. Not bad at all. Jesus would indeed be proud, as The Economist put it. The Vatican also operates its own YouTube channels in various languages and actually goes beyond “just” adding subtitles to the videos it publishes. Surprisingly though – given that Brazil boasts the most Catholics in the world – Portuguese is left out. From a pragmatic point of view this is even more surprising when adding to that the large number of Catholics in Portugal, Mozambique and Angola. Moreover, unlike its multilingual presence on Twitter, videos on YouTube are available in Chinese and Lithuanian but not in Arabic and Polish.

Less About Representation Than Mindset

Choosing Pope Benedict XVI’s successor is certainly a question of representation. It’s estimated that three quarters of Catholics today live in the developing world, while two thirds of electors and candidates for the papacy come from Europe. As always, bookmakers have been quick to offer odds on the candidature for the papal office, and despite the misrepresentation, it isn’t perhaps all that surprising to find Cardinals from Ghana and Nigeria among the favourites.

However, if the Vatican goes for the ambitious bet (the one that aims to defeat rising secularism in the West without losing focus on its key growth markets in the developing world), it will be much more about the mindset of the next Pope than it will be about representation.

Specifically, will the person taking over the papal office make strides to build on the Vatican’s move into digital pursued under the leadership of Benedict XVI, or will he sack the “social profile” that he inherits? Or will he just be indifferent?

Of course achieving this goal is much more complex and requires deeper transformation than just expanding the Church’s multilingual social media portfolio. Nonetheless, it’s a signal from the top that there exists some degree of willingness to change ‘business as usual’, which can potentially echo down the entire organisation.

However, in a thought-provoking comment that I came across recently, Artemio Cruz argues that “the Catholic Church seemed to manage well with Latin for nearly 2000 years, even though, or perhaps just because, most of the population had no idea what was being said.” While surely giving food for thought, I will state my case that @Pontifex, a term that means ‘Bridge Builder’ in Latin, is a bridge that will be best built by increasingly communicating with the 1.1 billion Catholics around the world in their various vernaculars. Whether or not Pope Bendict XVI’s successor agrees with me remains to be seen.

How To Become Locally Relevant On Social Media? Twitter Shows The Way 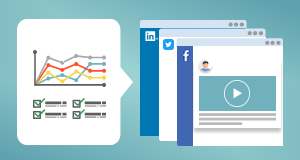 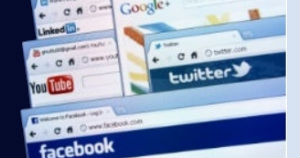 Yandex Keyword Tool: Tips on leveraging its features
Why Australians Need To Prepare For Chinese SEO