The Malaysian government has proposed even stricter internet censorship laws.

Under the proposed laws, it will become illegal for internet users to post or publish any content that the government deems “obscene, indecent, false, menacing or offensive”, even if the user did not intend for their content to be interpreted as such.

The punishment such a user would receive has increased – fines would be doubled and jail time would be tripled.

The draft law also proposes that internet service providers that publish such content will be punished, even if they didn’t know about the content that the user published.

Research by The Cocktail Analysis and Arena Media has found differences in how social media users follow brands in Spain.

The study found that there were differences in the types of brands that users were most likely to follow between different social networks and also between users’ age groups.

On Twitter, media, leisure and culture, technology, sports and auto, and fashion were the top 5 brand types. Amongst the older age group, however, technology came top rather than media.

On Instagram, fashion, leisure, care and health, travel and food were most popular. This was the same amongst both age groups.

Social media is popular in Spain, with an estimated 60% of internet users in the country being a member of a social network.

Internet penetration in Mexico has risen to 39% of households, according to the country’s National Institution of Statistics and Geography.

This is an increase of 13% on the previous year.

57% of Mexicans have internet access either at home, at work, on their mobile or in a public place, with the rise in household internet penetration meaning that more people now have access to an internet-enabled digital device at home.

Looking at device ownership in the country, around 72% of Mexicans have a mobile phone, 45% have a computer and 33% have access to digital TV.

Five East Asian ecommerce markets are expected to grow to have a combined value of almost 1 and a half trillion US dollars by 2020, according to research by Forrester.

It predicts that China will form the lion’s share of the region’s ecommerce market by 2020, totalling a staggering 1.1 trillion US dollars.

Looking at patterns that set this region apart from the rest of the world, the dominance of local, web-only retailers stands out.

Local ecommerce-only companies such as Rakuten, Tmall, Taobao, Flipkart and Snapdeal are extremely popular in the region, and this popularity is expected to continue over the next 4 years.

And finally, Ghana’s mobile penetration rate has risen to 128%.

Only half of these mobile phones can access the internet, however, with mobile data subscriber penetration now sitting at 66%.

Only a minority of Ghanaians actually use these mobile internet capabilities, but it is hoped that this will change in the near future.

The increase in mobile penetration has been put down to the country’s main telecoms companies improving their infrastructures and starting to roll out 4G technologies, as well as an influx of cheap smartphones coming in from China. 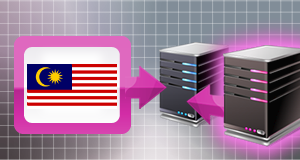