A study by IDG Research has revealed that internet users do not trust new general top level domains (gTLDs).

The new gTLDs, such as .london, .ninja and .rocks, were introduced by ICANN around a year and a half ago as a response to a shortage in the number of traditional top level domains such as .com being available.

The research found that 52% of respondents from the US and UK do not trust these new domains. Only a tiny minority, 2%, said they felt “extremely comfortable” in visiting websites with such domains.

A separate study by Cloudmark found that this distrust was based on a fear that these new domains were spammy and belonged to disreputable companies.

The only type of new domain that seems to foster trust are brand specific domains. These are where a brand name is used as top level domain. It is used most successfully by well-known and trusted brands, such as financial institutions.

The aim of Gnome Magic is that it will allow users wearing virtual reality headsets to browse online stores in a similar way to how people walk around physical stores.

To achieve this goal, software engineers at Gnome Magic will develop a tool that will quickly convert products into their digital 3D equivalent.

It will also develop a tool to help sellers to build their own online virtual stores.

The company predicts that virtual reality will become an increasingly important part of the digital landscape in the next few years, with an Alibaba spokesperson predicting that “VR technology could create a 360-degree shopping experience for users”.

Alibaba is one of the most popular ecommerce sites in China.

Tablets rising in popularity in Japan

Demand for tablets in Japan is still growing, according to a study by MM Research Institute.

Android was the most popular operating system, followed by iOS, with Windows coming in a distant third place.

A separate study by ThinkAgent revealed that reading and sending emails was the most popular activity undertaken by Japanese tablet users, followed by visiting news and video websites and apps.

Japan has an internet penetration rate of 86%, equivalent to 109 million people.

Mobile internet penetration is rising in Peru, according to data from the telecoms regulator Osiptel.

The number of people who use mobile internet has risen from 10.2 million 2 years ago to 15.4 million now.

Looking at this as a proportion of the overall population, this is a rise in mobile internet penetration from 35% to 51%.

The biggest mobile networks in Peru are Telefonica, Claro, Entel and Bitel.

Peru has one of the fastest growing digital markets in Latin America.

And finally, the Russian internet company Yandex has invested an unspecified amount in the chat bot creation company Chatfuel.

Chatfuel helps clients create chat bots, computer programs that can converse with a user in a convincingly human way.

Chat bots generally use artificial intelligence to understand what a user is asking and provide an appropriate response, usually by selecting a pre-written answer from a database.

A Yandex spokesperson commented on why it had chosen to invest in Chatfuel, saying that it sees chat bots as a technology of the future that will help companies communicate with their users in a cheaper and more efficient manner. 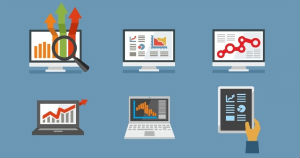 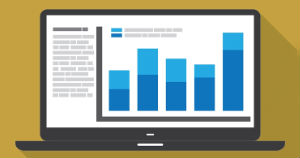