On the face of it, it may not seem as though YouTube would really have the dire need for any PPC efforts given it is a go-to website and household name for many. However, YouTube’s impressive scale and impact across various markets also mean that it has become a prime target for IP rights holders who are seeking to hold YouTube responsible for the content uploaded by its users.

Interestingly, it could seem that YouTube is trying to counter scrutiny by increasing ad spend in countries where copyright infringement issues are particularly prevalent.

Germany is one such country where issues related to copyright and the subsequent blocking of videos on YouTube date all the way back to 2009 when a new contract didn’t meet agreement with The German Music Royalties Collection Agency (GEMA), an organization for performance rights in Germany. GEMA stated that YouTube could be held responsible for the copyrighted material that was posted by its users and that they had done nothing to prevent licensed music from being uploaded onto the site in the first place. Since then, it has been an ongoing dispute.

In completing a brief examination of their PPC data, it seems that YouTube may be reacting to the situation most recently by increasing their PPC efforts in Germany in the last few months:

Initially one might assume that YouTube is employing the most ads in the United States, which is in fact the case with 42 thousand for last month. Nevertheless, Germany is not trailing all that far behind with 41.3 thousand and an overall massive upsurge since November of 2012.

Therefore, we are led to believe that YouTube is placing a large push on promotion within Germany seeing as how ads for other countries are not all that excessive in comparison. It is even more interesting to see, by looking back at historical data for youtube.com, that this has been a progressive occurrence.

In the United States database, YouTube is also delegating almost 78% of their budget to the keyword youtube, which naturally directs the majority of traffic to their website. The remaining budget is divided amongst many keywords. In comparing the number of ads that YouTube is employing in both Germany and the United States since July of 2012, a very interesting trend becomes evident:

There is quite the obvious modification in YouTube’s PPC strategies between the United States and Germany for the past 6 months or so, the largest jump taking place in November 2012 when ads were increased from a mere 3 thousand to almost 33 thousand. While the advertising within other countries is relatively stationary, there has been a vast change in the PPC for Germany versus the United States and it seems to be staying that way.

YouTube continues to shift their budget around between the two countries so that they can capitalize more on German advertising in the midst of the 3+ year copyright struggle that has been and continues to take place, with the most current news being that any negotiations have been terminated.

So will YouTube’s ad spend in Germany continue to escalate? Whether it does or it doesn’t, we can come to the conclusion that via their dramatic PPC modifications, YouTube is making an effort to withstand the enduring conflict in Germany by reaching out to their users and promoting their service where it is needed the most. 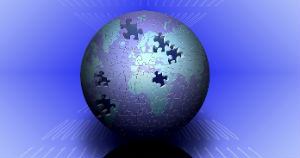 Top 5 global search properties: How did they perform in 2012?
Emerging vs. mature internet markets: Variations in brand discovery process?