“We must make the Arabic language a first class citizen of the web.”

These were the passionate words of Dr. Ahmed K. Elmagarmid a little over a year ago in Doha at the Arabic Web Days, a month-long initiative launched by Google (and supported by a raft of other internet heavyweights) to encourage and enrich the production of digital Arabic content.

And certainly, it would seem as though there is a need for doing just that:

With an estimated 300 million native speakers, Arabic is the world’s fifth most spoken language; the online Arabic-speaking population, according to CSA research, now surpasses Russian, French, and German; and MENA (Middle East; North Africa) has emerged as the fastest growing ecommerce region globally, found a study conducted by Visa.

Yet (this is the shocking part), Arabic web content constitutes a mere 3% of the total output on the global web.

Not only do these figures bring to light the severe mismatch between current marketer attention and the actual value of the vast and diverse Arab world; they represent immense opportunities for foreign brands which make a serious, full-blown leap into this intriguing region that spans 25 countries – from Mauritania in West Africa across to Oman on the Southeast coast of the Arabian Peninsula.

“It’s better in Arabic”, the tagline of the aforementioned Arabic Web Days goes. We could not have said it better ourselves, which is why we decided to sit down with a couple of our Arabic specialists to help shed light on some of the most vital issues for building a culturally resonant and thriving online presence in the Arab world.

Take a cup of tea, lean back comfortably and get to know this fascinating region a whole lot better.

Arabic reads from right to left. How does this impact web design? Specifically, how much need to go right to left on Arabic websites?

When designing a website for Arabic speakers, it may be helpful to think of it as a mirror image of your website in, say, English. Apart from numbers/dates, which are written using either the widespread Western numerals (the convention these days) or Eastern Arabic numerals, both of which read left to right, everything has to be rearranged. In fact, although numbers read the same as in English, these are still aligned to the right (see Aljazeera example to the left).

One more instance where left to right applies is for dynamic scrolling panels, such as those typically used on news sites (see http://www.ahdath.info/ or http://www.alarabiya.net). Arabic-speaking countries each have their own dialect – and these can be mutually unintelligible. However, when writing Arabic, most people use the Modern Standard Arabic (MSA). This is also used in news reports and in the media in general, though “people often use a mixture of both colloquial and formal Arabic. For example, interviewers or speechmakers generally use MSA in asking prepared questions or making prepared remarks, then switch to a colloquial variety to add a spontaneous comment or respond to a question. The ratio of MSA to colloquial varieties depends on the speaker, the topic, and the situation – amongst other factors.”

A website then, regardless of target country, should always be written in MSA, not a regional dialect. For SEO and PPC purposes, however, it is important to bear in mind that people may also search in their local dialect.

Adverts or company slogans can also be written in the local dialect, which obviously would vary from state to state or even region to region within a single country. And even though each country maintains its own unique identity, the Arab world is easily split into North Africa, the Gulf/Arabia region and the Levant countries – both in terms of culture and dialect.

Egypt, however, is overlapping between North Africa and the Levant countries, and is quite unique in that respect (both culturally and dialectally). Even Arabic speakers with vast linguistic differences might use Egyptian Arabic or MSA to communicate.

What about translation issues? Does the notion that some words simply do not translate literally but must be described in a longer, more conceptual way hold true?

The Arabic language reads very differently to English. Arabic sentences can be quite long, punctuated with commas to break it down.

Moreover, Arabic lexicon is significantly bigger than English, with so many more words in Arabic, which can have only one English word. It is common to find a concept or expression in Arabic that is emphasised by use of multiple words with the same meaning.

However, other words simply do not translate well as no one word exists, and therefore are translated conceptually.

“Castaway”, for example, would need to be literally explained as a person who was shipwrecked and fell into the sea; you cannot just say “she had an affair” in Arabic as there is not a word for affair, so this would need to be translated as “she betrayed him”. Another word is “hibernate”, and there are plenty more such examples which can be challenging when tight character limits (e.g. ads) or pixel widths (e.g. buttons) apply.

New technologies are often either transliterated or given a descriptive name, as well as industry niche words.

Finally, it is important to make sure that words which have multiple meanings in Arabic have the correct vowel marks to denote the correct meaning. Do not lose the vowel marks where any apply when publishing your copy (e.g. مجد glory, whereas مُجِد means hardworking). How prevalent is English as a language online throughout the Arab world – specifically when it comes to search?

It is difficult to answer exactly how prevalent it is in search, let alone for the Arab world as a whole. There will surely be notable differences between Arabic-speaking countries: In the UAE and Qatar, English search queries will definitely make up a larger share of the total number of searches than in Egypt or Saudi Arabia, for instance.

While many Arabs conduct their education in English and have a good command of the language, it applies more to the upper and middle classes who attend private English-speaking institutions.

Public education is in Arabic, but English is taught as a second language from a young age. As for university studies, the language is determined by the course subject: Medicine and engineering would be in English, for example, whereas media & communication studies will most likely be taught in Arabic.

Regardless, the important notion is that written proficiency in MSA is generally higher than English. English is the 2nd language and confidence in Arabic is therefore higher (with the exception of specialist/niche websites, e.g. truck parts where the Arabic words are likely to be transliterations anyway).

This, of course, does not apply to North African francophone countries where the 2nd language is French, not English. Still, whether a search is conducted in English or French, the average user would then prefer to find Arabic information on the landing page.

What are the main cultural considerations which must be taken into account when creating websites for the Arab world?

The main cultural issue would be careful consideration of photos/images/graphics on a site. Arab culture in general is quite reserved and conservative, so bear this in mind when selecting images to ensure representative and appropriate images are used.

However, it is worth pointing out yet again that what is considered appropriate in one Arabic-speaking country might be deemed utterly inappropriate – or offensive even – in another. Images for the conservative Saudi Arabian market, for example, would typically be markedly different to those for the liberal Lebanese market.

As for things like colour connotations, there are no certain colours that should be avoided at all costs. But it is certainly good to be aware of these connotations, whether they relate to colours or any other culturally constructed schemas:

This article provides some examples of Arabic web designs and their use of colours (note: you will have to scroll down a bit).

Ecommerce is growing very rapidly in the MENA region, but the sector is still in its nascent phase compared to other regions. What is causing friction and what can online merchants do to improve trust in the channel?

It is true that ecommerce is still in its early days in the whole of the Arab world. Even in the more developed countries, such as Qatar, addresses are not established in the same way as in the West, and mail is not delivered directly to houses. People use post boxes at local post offices, or supply a phone number on the parcel which the courier can call when he arrives. This is one factor, especially for online purchases of something that will be delivered.

Generally speaking, the Gulf regions are more advanced in their online banking systems than other countries, and people are able to make purchases online more easily.

However, many people across the Arab world do not have a bank card that allows for online purchasing but only for cash withdrawals. Or they may have credit cards which are issued locally and are not accepted by merchants overseas.

The far majority still relies on cash for buying goods online. In fact, a whopping 80% of all online transactions in the MENA region in 2012 were through Cash on Delivery (COD), according to PayPal’s E-commerce in the Middle East 2012-2015 report.

Though this figure is expected to contract as payment cards and other methods like PayPal begin to gradually emerge, it is little wonder that the region’s leading locally-based ecommerce sites, such as Souq and Sukar, prominently feature the COD option on their websites.

While the widespread inability to actually use credit cards for online shopping certainly contributes to the prevalence of Cash on Delivery, internet security concerns are the primary reason behind the popularity of this payment method.

Indeed, two-fifths of consumers in MENA cite security as their biggest concern when shopping online, according to the aforementioned PayPal report.

And because internet safety and security laws in many cases are unenforced or even non-existent in some countries, it is not difficult to understand why people have been cautious about spending their money online. Even for electronic bank transfers confidence has remained low, which probably explains why high-involvement purchases such as buying land, property or cars by cash is not unusual.

Altogether, this emphasises an even greater need for online businesses to make payment options as well as a guarantee of internet security top priorities (i.e. making these so-called trust anchors instantly clear, so visitors do not have to spend precious time browsing around for them).

A final important thing worth pointing out in terms of improving trust and minimising ecommerce friction is to include your contact details; it is absolutely imperative that you are easily accessible for enquiries and questions in order to reassure potential customers that you will take responsibility for any problems which may arise.

Finally, what are some the most common pitfalls Western businesses make when creating Arabic websites – and how to avoid them?

A few things spring to mind, but some of the mistakes which are being made over and over again include:

In case you have not done so already, why not go ahead and download this quick guide to website creation for the Arabic-speaking world.

3 Responses to The insider secrets to creating compelling Arabic websites 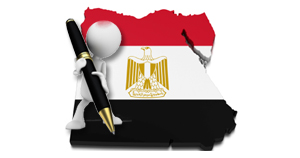 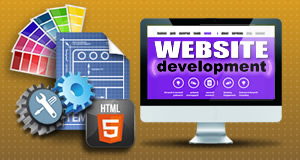 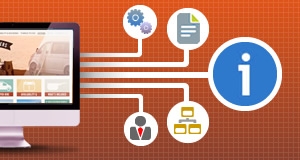 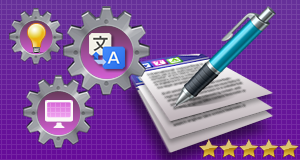