Whilst it is very tempting to apply the same call-to-actions across all your international PPC campaigns for the sheer reason that it requires significantly less effort, there are several reasons as to why you should seriously consider whether this approach is likely to reap the best results for your business:

CTAs can have an adverse effect in some markets

I completely agree calls to action are important for the UK and the US markets – or just about any English-speaking market for that matter. However, they are not widely used in Russia for example. Calls to action in the Russian culture could be considered as cheap, understood as “we are not a successful company, we do not sell great products or services and we therefore need to hook people in.” The tendency is that, the more serious a company is, the less call-to-action phrases are used. Well-established companies try to include more details about their products or services in particular, avoiding call-to-action phrases in general.

We can notice a similar pattern for other countries such as China, Korea or Japan, where calls to action could be inserted in terms of space, but even so, the space opportunity has been used for the message instead:

In the three markets above, the call to action is not necessary. What is most important is what you actually offer: free delivery? Same day delivery? Payment facilities?

CTAs do not always translate easily into other languages

In English, there are a lot of short call-to-action phrases. They all intend to induce an action and carry a message of haste. For example, buy now or shop now but also trending now and pre-order now. Some of them also mark a time limitation such as this week only.

Now, if we take French as an example, we could translate the above English examples as achetez maintenant, en vogue maintenant or précommandez maintenant. As you can see, the length of the call-to-action is much longer. Instead, there are some CTAs you would see in France such as foncez (dash off), prix fous (crazy prices(!)), à saisir (to get) or even profitez-en (make the most of it). Even if it does not sound right in English, it sounds much better in French than the longer versions previously described and saves you those all-important characters.

An effective PPC campaign contains quality keywords that have high local search volume, as well as ads that clearly present the message, display a compelling call-to-action and are culturally and linguistically accurate. With this service, we will research relevant keywords and create engaging and relevant PPC ad texts for you in the target language, based on your product/landing page content. You will receive a set of keywords and ads ready to be uploaded to your campaign.

CTAs can differ between same-language markets

Effective CTAs will depend on what situations and challenges the target audience face and on their online behaviour and intentions. You will obviously have variations in terms of vocabulary, synonyms and spellings but you will also notice that CTAs tend to reflect the concerns of a population such as coping with weather conditions, discount hunting, or any other types of goals an online buyer is trying to reach.

For example, the population of France will be attracted to massive bargains (liquidation totale, destockage massif, à saisir, prix réduits, prix fous, tout doit disparaître). We will notice that some key phrases, such as vetement femme pas cher which imply the notion of cheap items (cheap women clothing), peak between December and January and remain quite high during spring months:

If you finally have a look at a generic key phrase such as courses en ligne (online shopping) which does not imply any discount notion, you will see that the search volume does not vary much either:

On the other hand, the population in Quebec (Canada) will be attracted to discounts but also to what online shopping offers and how convenient it is. You therefore have CTA phrases such as oubliez les tracas (forget your worries), laissez-vous inspirer (get inspired).

If you take a more generic key phrase such as magasiner en ligne (to shop online) and achat en ligne (online shopping), it looks like the peaks are during the winter:

The most impressive example is with the keyphrase la baie magasiner en ligne (the bay online shopping). This term refers to a shopping centre you will find in Montreal, Quebec. They offer online shopping facilities and it looks like the Canadian internet users are making the most of it in December:

It could be two reasons: Christmas is on the horizon and it is time to buy what your kids asked Santa to bring or it could be because of the weather conditions. The only way to be sure would be to have access to the conversion data of the shopping centre. To be honest, even if you are well-equipped, anyone would be tempted to stay at home and shop or browse online instead of having to face this kind of weather for a few hours of shopping to make sure you have amazing gifts for Christmas…

Clearly, the underlying motivations and reasons as to why internet users shop online greatly differ between France and Canada. It is reflected in the keyword trends and should therefore be reflected in the call to action phrases inserted in the ads – that is, of course, if you want your campaign to be successful.

It seems fairly obvious, but it is always good to remember that some languages will not allow you to insert both a call-to-action and a message due to character restrictions. It really does not sound good when you discover an ad that does not tell you what the product is about but still tells you that you need to buy it.

Call-to-actions are very important in English, the language of marketing. It however sounds unnatural in some other languages and cultures and in some cases, can reflect negatively on your brand. The messaging you use in your ads needs to be relevant to what you are offering, but also tailored to the audience you are targeting, which can vary dramatically, even  between countries which share the same language.. As with all international campaigns, language peculiarities and character restrictions can impact the options available to you.

A carefully crafted ad can be the difference between a staggering success or an almighty failure – so do your research, think about each target audience and build your campaign around their needs. 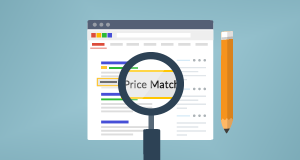 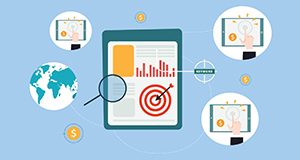 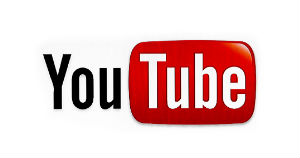 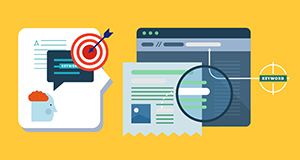