Some people are probably starting to think that I am developing an unhealthy fascination with Mary Meeker, in the professional sense of course! But it is really her job to keep abreast of current trends and emerging technologies, so it makes complete sense to observe someone who is also widely regarded as a knowledge expert in this field and refreshing in that learning and leadership should arise by observing trends in international markets.

Here are seven global trends from Mary’s most recent deck which caught my attention:

1. Global mobile traffic is now at 15% of total internet traffic

On the face of it, that does not sound awfully big. However, this represents a year on year growth of 150% and is set to continue, or even accelerate. At this rate mobile is likely to drive the majority of all global internet traffic by 2016 [at the most], which is difficult for organisations and marketers to ignore. In Q1 2013, Groupon reported that mobile traffic represents 45% of traffic overall, partially to a successful mobile strategy. Facebook is beginning to see a decline in average revenue per user (ARPU) on desktop, but have offset this with a stronger ARPU from mobile, meaning a gradual growth overall. In Mary’s last presentation, we saw India leading the way with the majority of internet traffic coming from mobile devices. Since then, data from Q2 2012 showed that the same has happened in China, with 75% of users accessing the web via mobile, versus 71% on desktop/PC. 3. QR codes past their sell-by date?

When I talk about QR codes, they often get written off, derided; and they certainly have not been adopted in the UK, and in the US have been seen as a bit of a fad. Never assume that this will be the case in all other countries, especially China, where QR code scans have experienced 400% year on year growth, with the bulk of the usage for information exchange, promotions and passcodes. The implications for marketers is that QR codes (to scan, or to be scanned) have an enormous potential to link physical and digital spaces and we should not only watch and learn from China, but need to observe local trends too when developing campaign strategies. It made me chuckle [at the irony] to see that the British embassy in Beijing has a QR code linking to their Weibo page (China’s version of Twitter) which is bigger than the embassy sign! Following in the footsteps of China, the rapid adoption of mobile in Korea is such that search queries have rapidly increased and in Q4 2012 actually overtook desktop. Search marketers should observe mobile activities and conduct keyword research on mobile devices by default, prior to deploying campaigns. Between 2012 and 2013 global smartphone users have increased by an estimated 31%, reaching 1.5 billion in total. This translates to a mere 21% penetration and further rapid adoption to be driven by developing nations. Even with these startling figures, smartphone adoption has a long way to go, with a 300% – 400% potential upside, compared to the 5 billion mobile users in total, meaning there is still a horde of “feature phone” users that could upgrade their device to a smartphone. Last year, China overtook the US in terms of total smartphone subscribers. Hot on the heels of Japan, in 3rd place, are Brazil and India, with only 23% and 6% penetration respectively. Despite a recent hammering in the press and stock market, Apple has seen a 40% growth in global smartphone market share over the past 2 years. Even though Apple has been overtaken by smartphone upstarts, Samsung, with 29% share and a whopping 700% increase in the past 2 years, Apple retains the most profitable user base via its operating system and other services – and let’s not forget about the iPad! 7. Forget smartphone growth! What about tablets?

Comparing the first 12 quarters since launch, the iPad (and device leader) has grown 3 times that of the iPhone. In fact, perhaps the most stunning slide in the whole presentation (shown below) is that within 3 years of tablets first hitting the market, total global shipments overtook those of laptops and desktops in Q4 2012, as speculated earlier this year. This is perhaps the most significant indicator that the desktop era is drawing to an end and mobile computing is at the forefront of a new technology cycle. Businesses and marketers should seek to sure up their mobile strategies, if not already in place, to maintain relevance and visibility with their target audiences.

Where is all this leading?

All the above changes are a direct result of passing through new technology cycles, each lasting 10 years or so (see below). Each new cycle typically grows 10 times quicker than the previous cycle, bringing products that are smaller, cheaper and more functional. Mary not only reinforces the fact that we are passing from the desktop to the mobile computing era, but we are heading towards “wearables”; devices that are hands free, environmentally aware, more powerful and always connected. There are signs of such devices already, with Google’s recent launch of their augmented reality “Glass” product as the most prominent exemplification of this development.

In the early 2000s, many thought that Microsoft would hit back at Google with the next best thing. But, it never happened and now they face the prospect of slowly disappearing into irrelevance. If this can happen to them, then companies need to sit up, pay attention and adapt to the current and future technology cycles to keep in touch with their audiences. If you have not done so, prioritise your mobile strategy NOW! Global tablet shipments on course to overtake PC in 2013!

One Response to The world is changing: 7 key global mobile insights 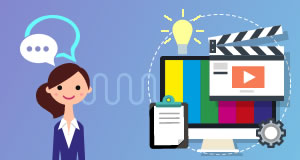 Obviously, the French only go to French websites
Local Factors That Can Mess Up Your International SEO Strategy