Bigmir.net, the Ukrainian internet statistics site in partnership with Sputnik Media has released their metrics report for March 2006.

During March, the Ukrainian internet audience grew 10% (274,000 new users). Bigmir.net estimates that there are nearly 3 million (2,913,193) internet users in the country. Kiev makes up 50% of this figure. Other large regions are Dnepropetrovsk, Odessa, Are Donets, Kharkov, L’vov, and Zaporozh’ye.

In terms of search engine usage, their total collected data put Yandex and Google head to head with around 33% each. However if they broke these figures down by Ukrainian IP only, then Google came out on top with 49.65% market share.

Although nearly half of all Ukrainians are reported to prefer speaking Russian, this result is most representative of east Ukraine. This half of the country is lagging behind the west in terms of internet development and access, which would explain the low figures for Yandex on this second chart.

As access grows for this half of Ukraine we can expect Yandex share in the market to be increased by users on their Russian portal. Russian speaking users still seem to favour Yandex over Google.ru when searching RUnet. Both Yandex and Google have developed Ukrainian language portals, although Google seems to have missed a trick by not using the more obvious Google.ua address.

The full report in Russian can be downloaded here in PDF 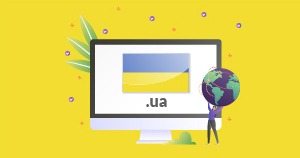