The Russian search engine Yandex has released data showing how its latest algorithm change has been affecting websites’ rankings in the search results pages.

Their Minusinsk algorithm, which was introduced in the middle of last month, penalises websites that have paid-for inbound links by lowering their position in the search engine results pages. The algorithm affects all Russian websites, across all regions and verticals.

Russian webmasters were warned of the impending algorithm in April and were advised to get rid of all paid links pointing to their websites if they wanted to avoid being penalised.

To illustrate the algorithm’s effect, Yandex has released two sets of data showing the website traffic and rankings of 2 websites: one that removed its paid links and one that kept its paid links.

The website that removed its paid backlinks had a consistent level of traffic from Yandex and kept its search engine ranking.

The website that failed to remove its paid backlinks, however, showed a significant drop in traffic. Yandex revealed that sites that failed to get rid of paid links would fall a staggering 20 places in the search results.

SoundHound has developed a virtual assistant called Hound, bringing it in direct competition with other artificial intelligence apps such as Apple’s Siri, Microsoft’s Cortana and Google’s Now.

The Hound app, which was released last week, listens to verbal queries and gives verbal answers.

It appears to understand questions better than its rivals Siri, Cortana and Now, with Hound being the only app to give a correct answer to the question, “What is the population of the capital of the country in which the Space Needle is located?”

Hound’s creators say that the reason behind Hound’s superior understanding is that it carries out voice recognition and natural language processing at the same time, rather than splitting it into 2 steps like its rivals do.

Integrating the 2 processes together results in faster response times and lower error rates, according to SoundHound.

The Hound app currently only works on Android, and is only available in English. However, with its rival apps being available in over 10 languages, it seems likely that Hound will eventually be brought out in multiple languages.

Facebook has announced that it will soon open an artificial intelligence lab in Paris.

The Paris lab will initially have 6 employees, with this number rising to 12 by the end of the year.

It will be the first Facebook AI lab to open outside the US, with the location having been chosen due to the high number of AI academics living in the French capital.

Facebook has commented on the impending opening of the lab, saying: “Our work in AI research is still relatively early. But we’ve built a terrific team and have already made some encouraging progress, and we’re excited to see where this work takes us and what it will allow us to build for the people we serve.”

Research by E-Marketer has revealed that mobile advertising spend is growing rapidly in Australia.

Australian advertisers are expected to spend almost 1.4 billion US dollars on online mobile ads this year, up 60% on last year.

Mobile will account for 30% of all digital ad spend and 13% of overall ad spend in the country this year, with most of the spending going on smartphones rather than tablets.

According to InMobi, around 70% of mobile ad spend went on ads for smartphones, compared to 30% going on tablets.

And finally, a repairman from Egypt briefly outranked Google online.

When Egyptians searched for “Google” in the Google search engine, Saber El-Toony’s fridge and air conditioning repair website was the top result, ahead of Google’s actual website.

The bug has since been fixed, with El-Toony joking that, “So people think I am the ‘mother company’ of Google? That is great.” 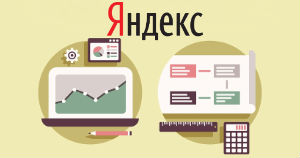 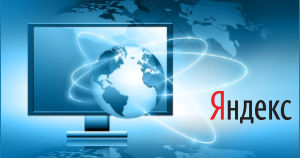