According to the annual Deloitte consumer survey of Christmas spending, just under 50 per cent of Irish shoppers will be purchsing online:

The preferred location for irish consumers shopping is:

The main reasons for shopping online are:

Search engines – 68 per cent –  and retailer websites are the main sources of information for Irish consumer.

Susan Birrell, Consumer Business Partner, Deloitte comments: “The way in which Irish consumers will finance their Christmas purchases has also changed – 46pc indicated that they will pay more by cash, while 31pc indicated that they are saving more. Forty-two per cent also indicated they are using loyalty points more, which should encourage retailers to expand and promote their loyalty programmes. The survey shows how important strategy is for retailers this year. The mainly price-driven strategy that consumers have adopted will lead them to seek out information on where they can find the best prices and special offers. It will also have an impact on the mix of products purchased – something retailers will have to take into account in their merchandising. Most of Irish consumers – 76 per cent – do not intend to buy second-hand products this year as Christmas presents. This trend runs contrary to other European countries.”

Digital Insights On The Australian Retail Sector For Search And SEO 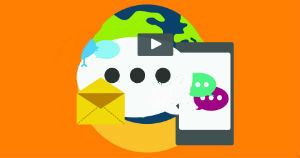