It’s no secret that mobile internet usage and ad spend are rapidly gaining on PCs, nor is the fact that digital overall is eating into traditional media’s share of the total ad market, with 2012 being the year where online ad spend in the U.S. is set to exceed that of print for the first time ever.

Some recent U.S. mobile search spend figures were quite surprising, though – particularly the notion that tablets claimed two-thirds of the total U.S. mobile search market in the first quarter of 2012, according to IgnitionOne’s Global Online Advertising Report The first and most obvious reason to why this is slightly surprising is that smartphones have been around for much longer and continue to have a significantly larger audience, although tablet adoption is projected to soar throughout 2012. In fact, the GlobalWebIndex expects tablets to claim an astonishing 14 percent of the global connected device traffic as we enter 2013, while mobile by then will make up an additional 18 percent.

During December 2011, mobiles accounted for 5.2 percent of all connected device traffic in the U.S. , according to comScore. As can be seen below, this is more than double the amount of traffic generated by tablets during that same period. Furthermore, studies have shown that mobile ads have higher click-through rates compared to those of tablets and especially PCs. In fact, search ads on smartphones are 41 percent more likely to be clicked than ads designed for tablets. Compared to PCs, this number is as high as 76 percent.

Smartphones are performing poorly compared to tablets on the most important metric of all, suggests data from Marin Software. Search’s finest goal is to harvest demand (I’m not saying it’s the only one) and ads on smartphones are well under half as likely to do that as ads for tablets and PCs. This might explain mobile’s lower average cost per click. After all, how much is it worth getting customers in your store  if no one buys anything?

Mobile might not convert as well as tablets and this obviously explains why U.S. search marketers have chosen to allocate the large majority of their mobile device ad spend to tablets in Q1 2012. An important notion in this regard, however, is that smartphone ads might very well provide more bottom-line value than these figures give it credit for. Smartphone penetration has now exceeded 50 percent in the U.S., according to comScore, meaning that the lines between offline and online are rapidly vanishing. This convergence, suddenly making smartphones consumers’ favourite shopping companion, has by many analysts been highlighted as THE key trend for 2012.

If you’re a pure online player, desktop and tablet ads might provide higher value than mobile, but traditional retailers are unlikely to find any advertising platform more effective than mobile if executed right. 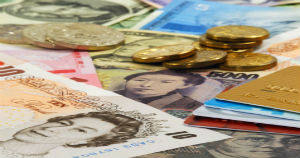