Global keyword research processes are not as easy as they may seem. There are as many processes as there are languages. Why that? Because keyword tools are not flawless, and relying blindly on them will often lead to quite a lot of missed opportunity! They are not intuitive enough, yet, and the suggestions they provide can be rather disappointing at times.

Here are some interesting examples on the impact of accents that my team and I came across working on different languages using the Google Adwords Keyword Tool.

Accents and the impact of keyboard layouts

Many people will tell you “French people tend to drop the accents when searching”. Partly true, I would say. Actually, it depends on the accent itself and on the word, so it might be good to check the different alternatives…

In this case, the correct version is “idée cadeaux de noël” (49,500 in broad match, 58 in phrase and 36 in exact). However, “idee cadeau de noel” (all accents have been dropped) show less search volume than “idée cadeaux de noel” in exact and phrase match.

The role accents play largely depends on the language and how easy these are to insert from the standard keyboard in the targeted country. While “é”, “à”, “ù” and “è” can be inserted by pressing a single key in French; “ô”, “ë”, “ê”, “â” need to be inserted by pressing an accent key and the letter afterwards. The effect of this certainly shows in the search volume of keywords containing those accents (see below):

Some characters carry accent marks that are considered as different letters. Nevertheless, keyboard layout still impacts the search results. One of the best examples is Spanish. Spaniards have keyboards with the “ñ” and therefore tend to search more for keywords containing this letter than their American homologues.

As can be seen, there is a significant difference although the same language is targeted. Internet users in Spain, having a key for “ñ”, will more easily be able to insert this letter and, as a consequence, the correct spelling – bañar – has a greater search volume than the incorrect banar. The interesting thing is that in the US, where most Spanish speakers type on an English-centric keyboard, it is the other way around.

Some other languages, such as Portuguese, do not have keyboards with accented letters and it seems that the use of the accents does not depend on the keyboard but more on the accent themselves. Words with “-ão” tend to have a better search volume than the ones with the dropped accent. It is also the case for “-ões”. However, words containing “ê”, “ú”, “á” for example show better search volume when the accent is dropped.

The accent determines the meaning of identical words

Some languages contain words where the spelling is essentially the same, but where accents (or no accents) determine the meaning of the word. For example, check out the extreme case of Vietnamese below: There are examples of this in Spanish and French as well, however to a much lesser extent than what is the case for Vietnamese. In those cases, it is essential that keywords be kept in their correct spelling to convey the right message.

Tips for conducting keyword research in languages that use accents

Obviously, the examples above are, in fact, only examples. It will always depend on the specific scenario in question, but below I have listed some general guidelines and important factors to take into consideration specifically for languages with accents:

4 Responses to Keyword research for foreign markets: Put the accent on the local peculiarities! 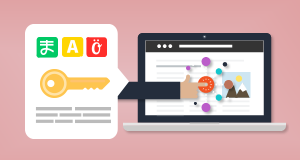 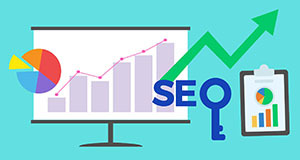 3 Considerations Prior To Launching A Global Multi-Screen Strategy
The evolution of personalised search: Brilliant or just creepy?