With the minimal text involved in PPC ads, ad campaign translation may seem a relatively low-cost way to reach new markets. Using a well performing English campaign and putting a good translator on the task, translating keywords, negatives and ads should be a straightforward process with all chances of success… Right?

This article examines the obstacles typically met in ad keyword translation, looking at the specific case of English to French renditions, and exposes the shortcomings of a method that takes a campaign in one language as a model to emulate.

Despite the areas of overlap between English and French, a French translator will be lucky if they avoid these common obstacles when given a list of English keywords to turn into their own language.

Your cheap hotel ad group for the UK will probably feature as many synonyms of the word “cheap” as the search data suggests you to use, and perhaps include the English keywords listed below, all boasting some local search volume in phrase match. Now give this keyword sample to a conscientious French translator, and they might get back to you with something similar to the following translations: Here the translator has taken care to retain the nuances in the original English keywords. Some expressions such as “hôtel bas coût”, used as translation for “low-cost hotel”, might not sound terribly idiomatic, however nothing too shocking. The suggestion makes perfect sense, and is as faithful as can be to the idea expressed by the original keyword.

The same translation was proposed for the adjectives “economic” and “economical”, the French adjective “économique” seeming the best match to both words.

Now let’s have a look at search volumes: A bit disappointing? Maybe getting rid of the circumflex accents will yield better results in terms of search volume: Still, 3 out of 9 translations do not show any searches – 3 translations which are probably not going to be of much significance in your campaign.

Providing direct translations to a list of keywords will in most cases lead to a substantial amount of terms which yield no search volume at all. Distinct English keywords will also commonly lead to identical translations. And oftentimes the translation effort is not rewarding all the way.

A translator will apply themselves to provide translations that reflect the nuances between the different original terms they are given. But there is no such thing as a perfect equivalent in translation. For one thing, the translator could here have decided to translate “cheap hotel” differently. Using “hôtel bon marché” for instance, which, after all, does not fit “inexpensive hotel” any better. They could also have used “hôtel prix bas” instead of “hôtel bas prix”, “hôtel à prix abordable” instead of “hôtel abordable”. Or they could have used “hôtel peu coûteux” or “hôtel low-cost” instead of “hôtel bas coût”…

From this observation we can anticipate the risks posed by the translation of keywords in terms of missed opportunities. There may indeed well be ways of searching for cheap hotels in French which do not find any direct equivalent that would typically enter search engine queries in the English language.

If we look at these:

The direct English translations of those terms do not encounter any search volume in the UK. It seems unlikely therefore that these French terms could be generated starting from a list of English keywords to translate.

Let’s add to this all the keyword variations that can possibly be entailed by the adding and removing of accents and prepositions, by the switching between plural and singular, and by changes to the order of terms: chances are some interesting keywords will never make it to your email box.

Lost efforts and missed keyword opportunities are hard to avoid when relying on translation. Finding the valuable keywords for your campaign will require you to hold the language of your target market as a system apart, and to enquire into search patterns without the initial linguistic bias of a campaign that is already running, no matter how successfully.

2 Responses to Limits to ad campaign translation: From useless keywords to missed opportunities 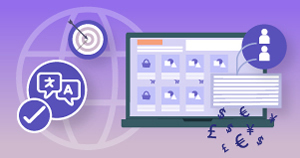 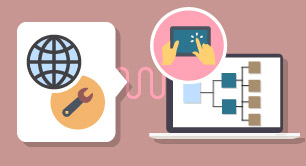