Research by Ipsos has revealed the most popular social networks in Norway.

Facebook is the most popular social network by far, with 81% of Norwegians using the site.

Snapchat has overtaken Instagram to take second place, with 44% and 37% of internet users using the social networks respectively.

The study also revealed that users were more engaged on Snapchat than Instagram, with 73% using Snapchat every day compared to 58% who used Instagram every day.

Younger people were likely to use Snapchat than their older counterparts, with the social app also being more popular amongst women than men.

Norway has one of the most mature internet markets in the world, with the third fastest internet speeds in Europe and 78% of Norwegian internet users engaging in ecommerce.

Amazon has announced that Swiss users can now buy from the German, French and Italian Amazon sites free of charge if they buy 49 Euros or more worth of items.

Amazon hopes that by removing delivery costs it will encourage more Swiss customers to engage in ecommerce.

Despite the country’s small size, Switzerland recently ranked seventh in an Ecommerce Europe report into key online shopping trends across the continent.

90% of internet users in Switzerland already engage in ecommerce, with 64% buying from foreign sites due to the limited number of Swiss sites.

The average online shopper in the country spends 2,000 Swiss francs a year, equivalent to 1,840 Euros.

Several major banks in Germany have teamed up to develop on online payment solution that they hope will rival the likes of PayPal.

Named Paydirekt, the payments solution will allow users to pay for items online.

The banks have described the system as “as natural as paying with your own bank account” and believe that it will appeal to users as it is subject to Germany’s strict data protection laws and does not involve any third-party companies.

The Paydirekt website is already up and running, with the first actual online payments expected to take place by the end of the year.

The website allows users to browse all tours and activities that the firm offers, and also features a blog containing tour reviews, guides, tips, infographics and travel recommendations.

Daytours4u currently covers Colombia, Uruguay, Argentina and Brazil and has said that it wants to expand to Peru, Chile, Venezuela and Bolivia in the next 2 years.

A spokesperson from Daytours4u commented on the website launch, saying: “Creating the multi-faceted Daytours4u.com platform is part of our aspiration to build the most comprehensive network of websites dedicated to travel in South America.”

The Chinese search engine Baidu has seen a 36% increase in its advertising revenues in the latest quarter.

Search advertising brought in around 17.7 billion yuan for the search giant in the last quarter, equivalent to 2.8 billion US dollars.

A spokesperson for Baidu commented on the rise, describing the quarter as “solid” and reporting that the proportion of ad revenue generated from mobile ads had increased on the last quarter – a significant fact because more internet users go online on a smartphone than a desktop computer in China. 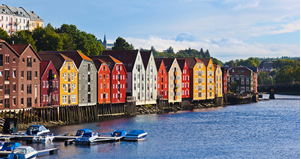