Yahoo is hoping to sell a $9 billion stake in its Japanese affiliate, Yahoo Japan. A Yahoo chief executive says that the company has hired advisors to help it unlock the value of the 36% stake in Yahoo Japan. There are two most obvious buyers, but both have a reason to hold back.

SoftBank, a Japanese telecom and internet company, already has a 43% stake in Yahoo, but this is not enough for a majority stake and buying back the Yahoo Japan stake would mean taking on more debt. However, if an unfriendly party bought the Yahoo japan stake, this could affect Softbank’s control within the company.

A second possibility is for Yahoo Japan to buy back the shares, but with stiff competition from Google and not enough money to buy the stake outright, it is under increasing pressure.

Another option is for Yahoo to spin off the Japan stake as a separately listed unit, which could save shareholders billions of dollars in taxes. This is a scenario that’s looking increasingly likely unless another big buyer emerges and would mirror the action taken by Yahoo regarding it’s Alibaba stake earlier in the year. 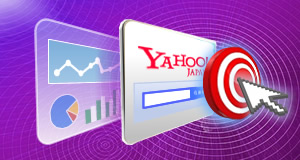 Yahoo is the most popular search engine in Japan and Taiwan, so is an essential channel for PPC activity in these countries. Conducting detailed keyword research is an essential part of any PPC campaign, to ensure you are targeting the most relevant and popular keywords used by your target audience and help improve CTR, conversions and ROI. A native Japanese specialist will conduct keyword research in Japanese, compiling these into a report along with the English back translations and further data such as etimated impressions and CPC. This report will be delivered to you in an Excel format.

According to a recent white paper, Chinese mobile gaming is set to be worth US$6.1 billion in 2015, a figure which is only slightly less than the projected revenue for the US.

China is expected to exceed this by 2016. Smartphone penetration continues to rise in the country and more people are subscribing to 3 and 4g networks. It’s also thought that Chinese users spend more time playing games than using other apps, up to 35 minutes compared to 11 minutes in the US.

Chinese retention rates are higher than in the US too, proving that Chinese gamers not only play more games, they keep them for longer too.

However, it’s a difficult market to break into for outsiders. The majority of Chinese mobile games lose money and in the top 50 Android games in 2014, only four were foreign games.

Recent studies show that Android is dominating the smartphone market in Latin America, as well as taking the tablet market by storm too.  78% of smartphones used in Latin American countries are powered by Android, compared to just 19% by Apple

Blackberry fares even worse in this study with a 7% user rate across the whole of Latin America.

The picture is fairly similar when it comes to tablets. Apple fares slightly better, with 27% share but android’s 68% means it is comfortably in the lead. The use of windows8 devices is steadily creeping up but with a current 8% share, they are unlikely to challenge anytime soon.

The German online fashion retailer  Zalando has announced an increase in sales of nearly 30% for the first quarter of 2015. This exceeds the forecasted growth of around 20-25%. The company attributes this growth to a strong start to the spring/summer season.

Zalando also announced plans to open a technology hub in Dublin, the first one outside Germany. The company expects to employ 200 engineers and data scientists over the next three years.

These workers will be part of the plan to continue expanding into Europe. Consumer behavior and purchasing patterns will be studied so that customers can be offered a more personalized experience.

ComScore has released a benchmarking report of the advertising industry for advertisers, agencies and publishers. The aim is for all stakeholders in digital advertising to have a better understanding of campaign performance.

Industry benchmarks such as this can help set delivery expectations and provide information about how a campaign is performing. For example, advertisers can be reassured that ads are being seen by the right audience, in the right environment and publishers can ensure that objectives are being met and investment is still being attracted.

When looking at benchmarking reports it’s important to remember that a number of factors can affect in-view and in-target rates, and there is no such thing as ’normal’.

However, preliminary analysis of in-view benchmarking shows that in most global regions the majority of display ads seen rarely creeps above 50%. The picture isn’t much better when Europe is looked at in more detail. Interestingly, the two most advanced markets, France and the UK, have the lowest rates of in-view and in-target campaign delivery. This highlights the need for greater transparency.