The UK’s Information Commissioner’s Office (ICO) has ordered Google to remove links to articles about the “right to be forgotten” from its search results.

The order specifically refers to a person who committed a “minor” crime 10 years ago, and subsequently had the links removed under the EU’s “right to be forgotten” law.

The law says that EU citizens can ask search engines to remove links to outdated or inaccurate information about them.

However, this act of removal was then deemed newsworthy by British news websites, which published articles about the removal. These news articles then appeared in the search results when searching for the person’s name.

The individual asked Google to remove these new articles from the search results, but the search giant refused, prompting the Information Commissioner’s Office to step in.

An ICO spokesperson said: “We understand that links being removed as a result of this court ruling is something that newspapers want to write about. And we understand that people need to be able to find these stories through search engines like Google. But that does not need them to be revealed when searching on the original complainant’s name.”

The YouTube Space studio in Mumbai will be the seventh in the world, following the launches of other studios in New York, Los Angeles, Sao Paulo, London, Berlin and Tokyo.

YouTube has explained how it will work, saying: “Through this collaboration, India’s popular up-and-coming YouTube creators, as well as their students, will have free access to Whistling Woods’ studios, high-end audio, visual and editing equipment, in addition to training programs, workshops and community events.”

The Indian online community is growing quickly, with around 350 million Indians having internet access today and an estimated 500 million expected to be online by 2017.

Weibo now has a staggering 212 million monthly active users, according to their latest quarterly report.

Of these, 93 million use the social network every day, a 34% increase on this time last year.

The majority of these users, 85%, are accessing Weibo from their smartphones, versus just 15% who access the social network from a desktop computer.

Weibo has attributed its surging user numbers to increased uptake in lower tier cities, improved user experience, and its increasing number of partnerships within the TV and film industries.

An increasing number of advertisers have been joining Weibo as they realise its huge potential as a marketing tool. Advertising revenues generated from small-to-medium sized businesses on the social network increased by 163% compared to last year, according to Weibo.

Weibo is a Chinese micro-blogging site similar to Twitter. It is one of the most popular social networks in the country.

And finally, the African online marketplace MOBOfree has seen a staggering 274% increase in the value of products sold on its site in Nigeria compared to this time last year.

Almost 2 billion US dollars worth of goods are on MOBOfree currently, making it one of the most successful social marketplace in Africa according to the platform.

MOBOfree have attributed their success to their reputation for online safety, a key concern given Nigeria’s problem with online fraud.

Earlier this year, the site launched an ID verification scheme in Nigeria and Uganda – the first such scheme ever launched on an African ecommerce site.

The scheme works by allowing MOBOfree users to take a picture of their ID document and upload it to the site, along with their email address and phone number. ID documents are then manually reviewed by MOBOfree within 48 hours, at which point they are either accepted or rejected.

One Response to Google ordered to remove links about removing links 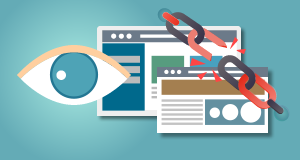 Baidu Brand Zone: Get the most out of your brand in China
TV Series Key To Success In Chinese Marketing